The last of the 4 Aldi beers. I love a hoppy beer. Unfortunate this falls short. Once again.

The nose is less hops than expected. Slight fruit. Perhaps nectarine. Not sure. 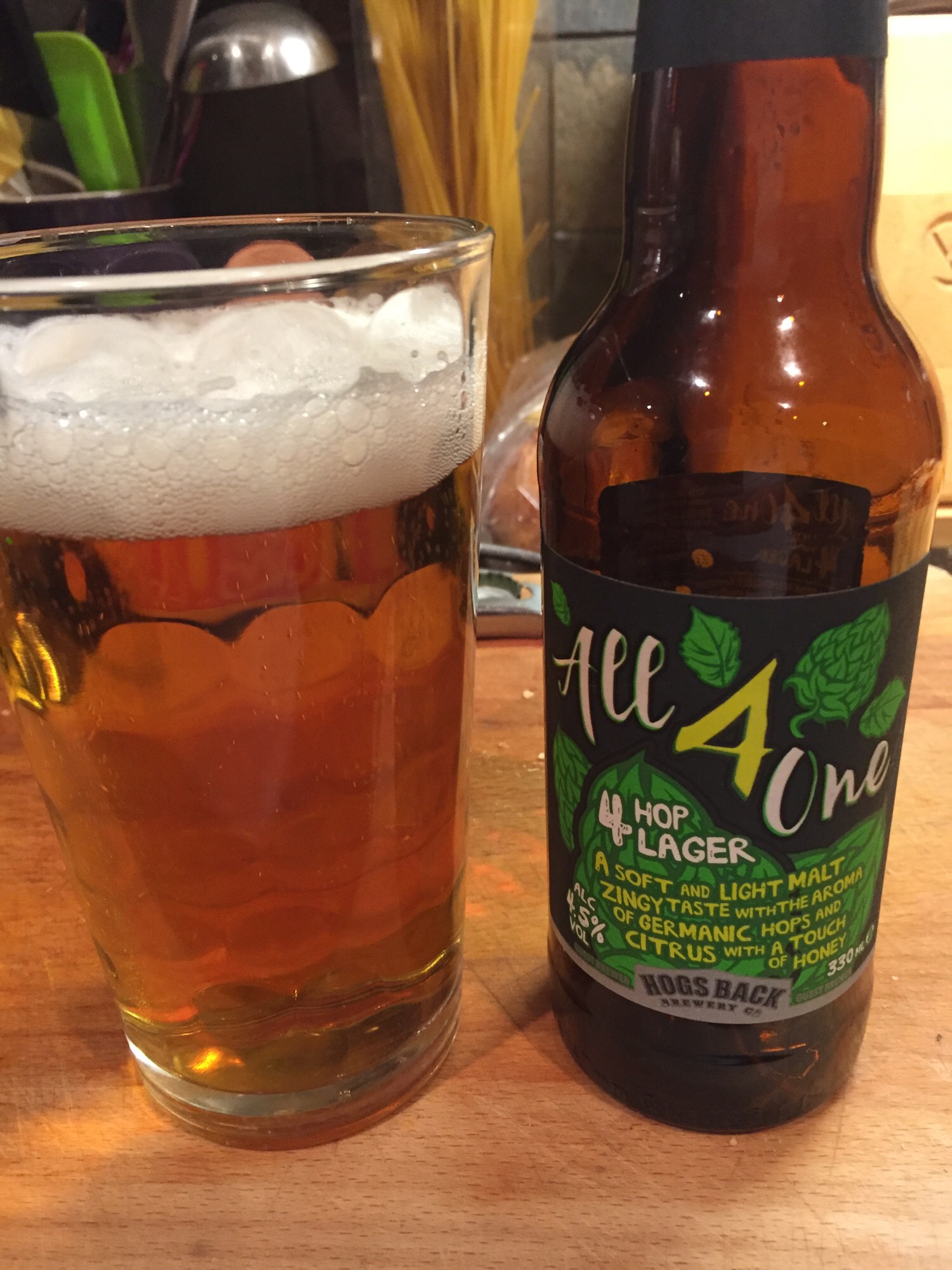 Beer 3 of 4 of the new Aldi craft beer range. The previous two did not impress me so high hopes for this as I like a golden ale.

Bitter nose with a very slightly putrid odour. That’s not a good start!

It does have the bitterness but not a lot else. Some buttery notes  Not a great fan. I’ve l ft the best to last hopefully. 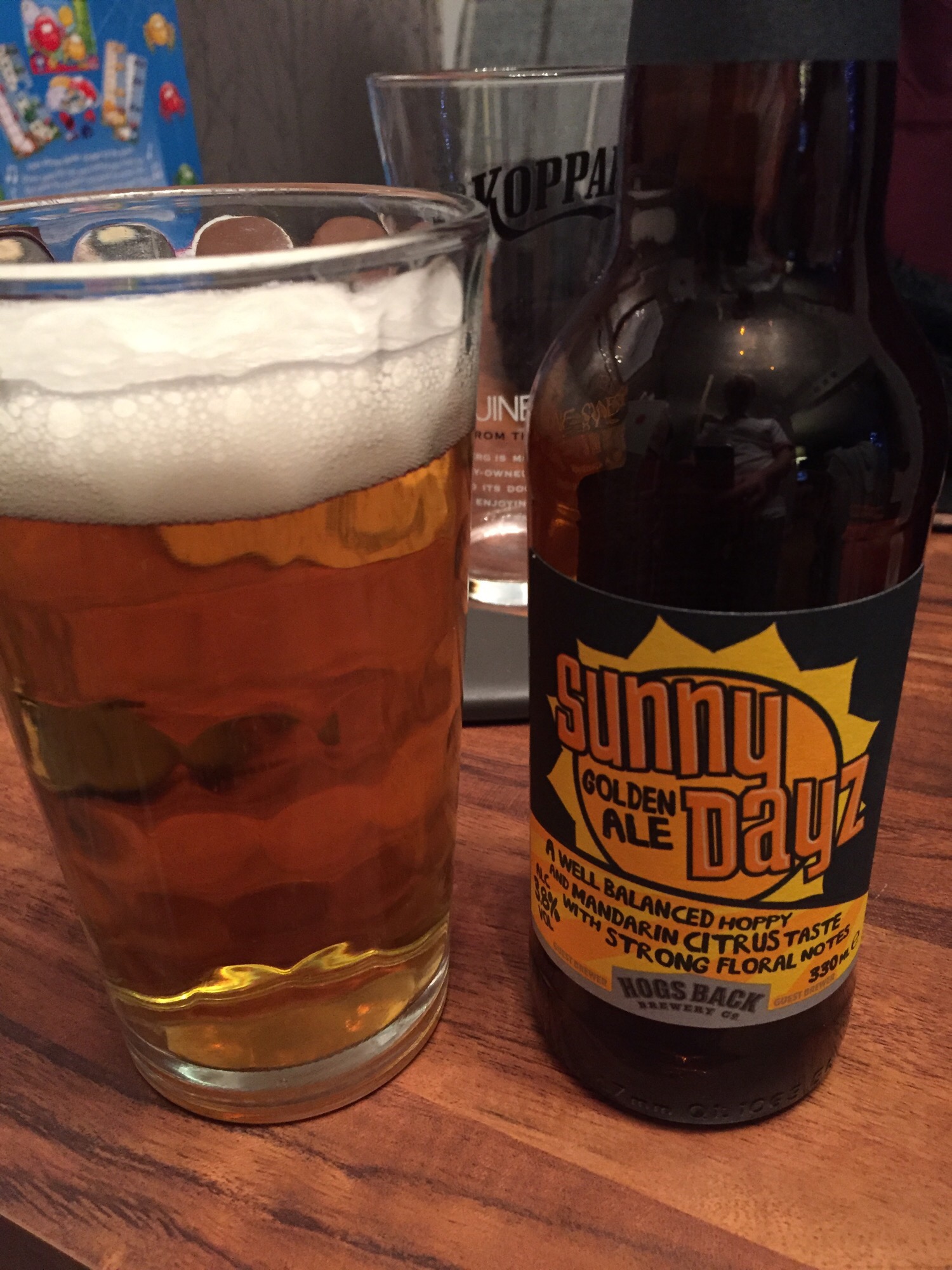 Pours a cloudy marmalade with decent head and lacing.

I get malts and dried apricot I think. Smells quite musty.

Lovely floral taste. I get lemons and hops with a sort of “mature garden” feel. Which is probably the oddest thing I’ve ever said about a beer.

This is a cracking beer. I like it, a lot. 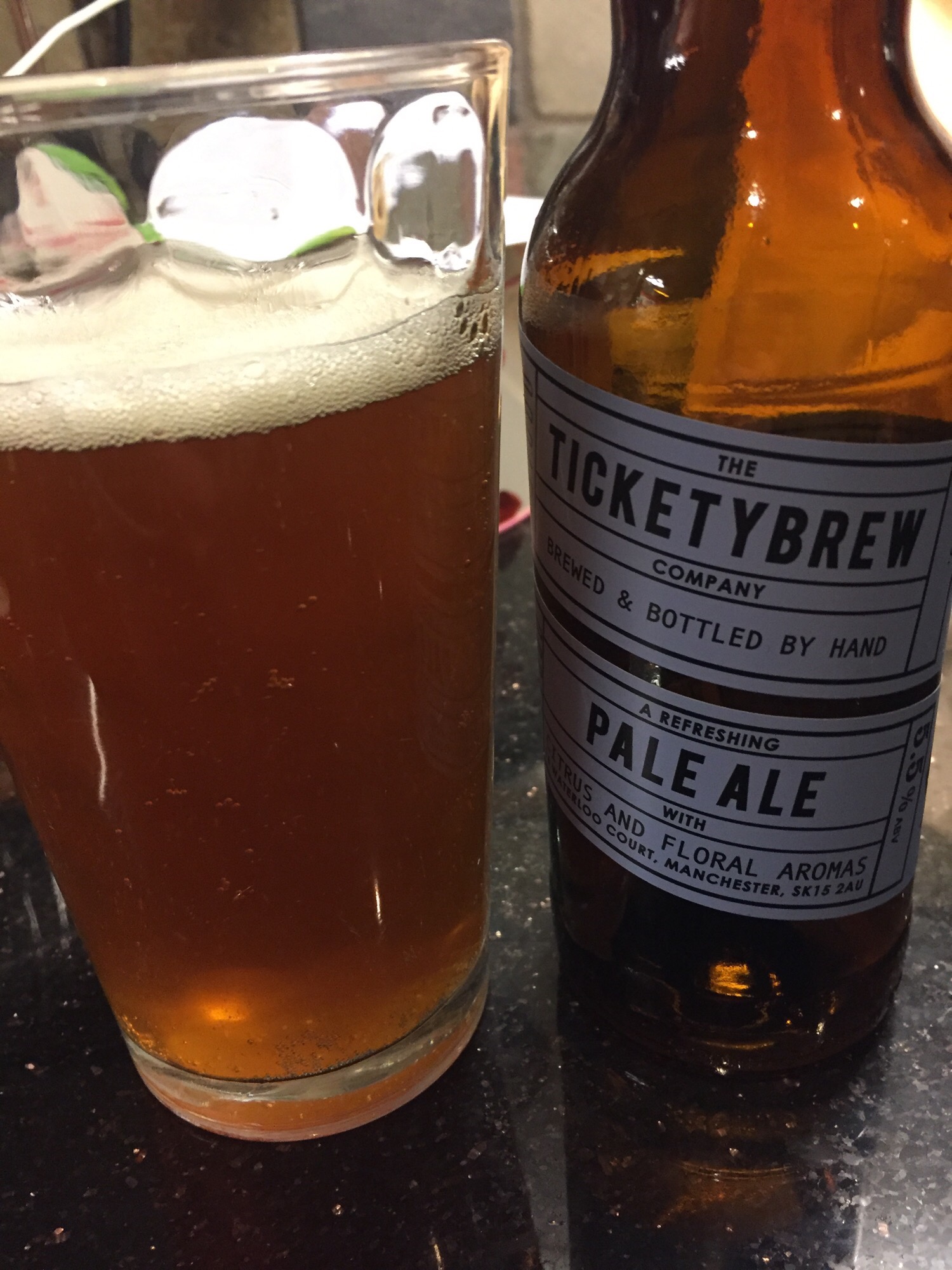 Loads of peach in the tones. So much in fact I get nothing else.

In comparison. Barely any peach in the taste. But I’m not quite sure what. Bit bitter but begger all else. Oddly drinkable.

The more I drink the more peach I’m getting. It’s nice actually and I’m not a peach fan.

Bit worried it’s not peach and maybe apricot or something. I’m sure it’s peach. 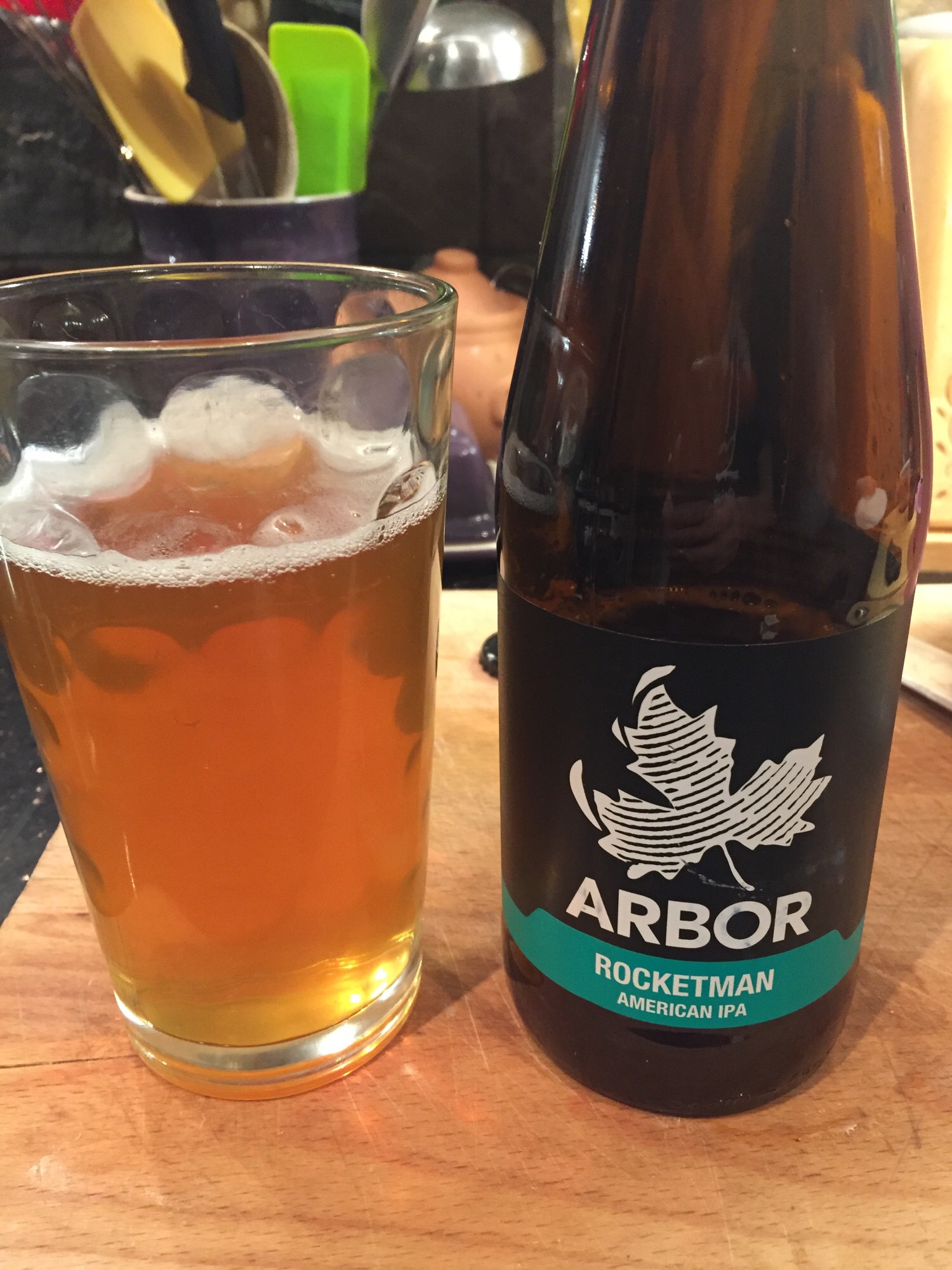 Second one from Aldi, an American style IPA. Now, I do like an American pale ale it must be said.

Good head on it. Pours a very washed out amber with stubborn lacing with almost no carbonation. Lovely.

I get apples on the nose with some sweetness. Could almost be toffee apple. I can even see the apples. Quite old. Musty.

The flavours are a bit of a let down. There’s not great depth. No huge florals or fruits or spices. It’s just standard bitter in my book. Not sure this would make the Christmas supply box. 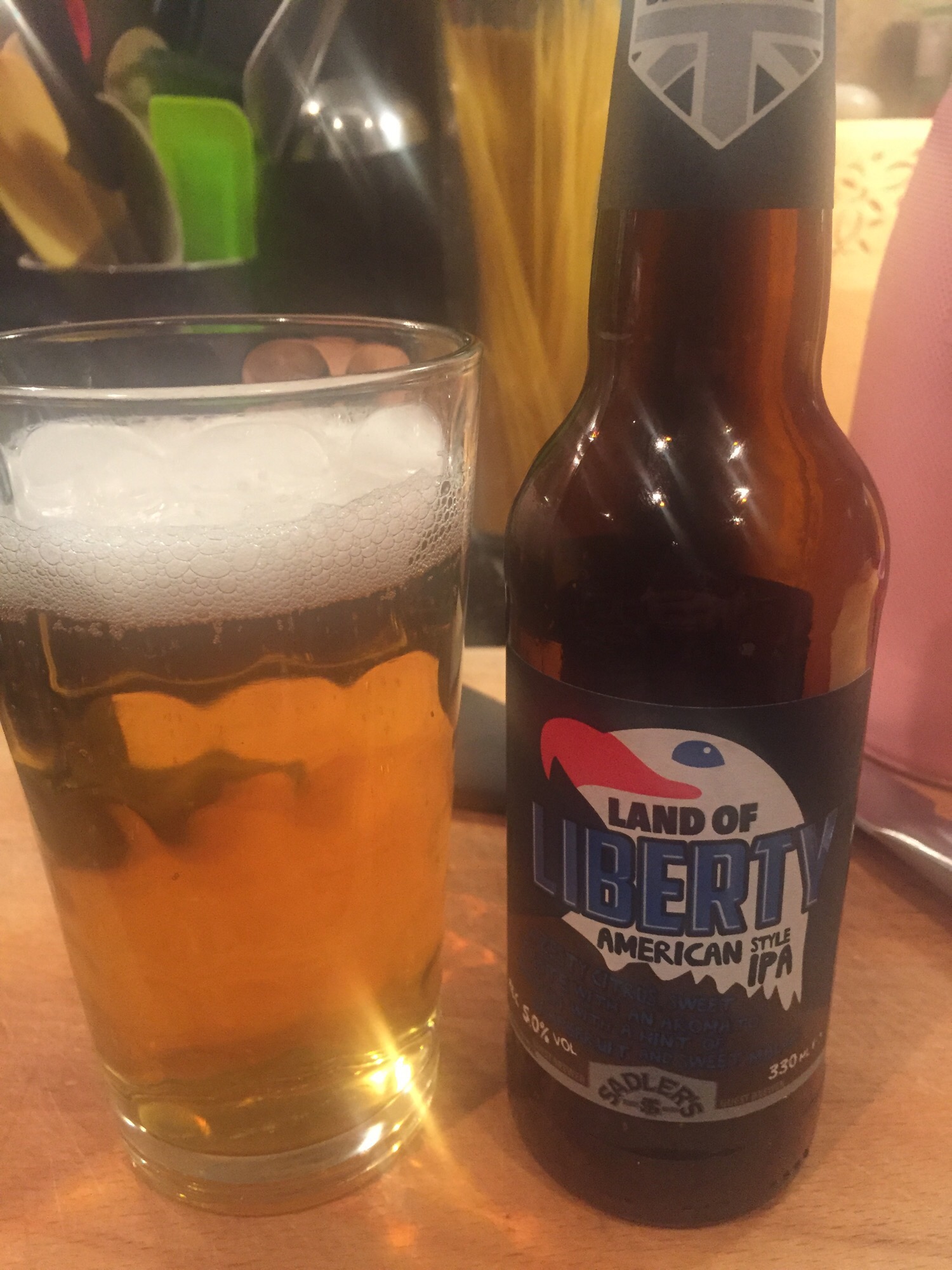 New range in Aldi. 99p a bottle. Got one of everything to see which I like. I shall stick up for Christmas if there’s a belter in here. This is the first.

I love a good Rye beer. Probably because my local brewery won the Rye of the year award. So this has some work to do.

Pours with a treacle colouring and minimal head.

Much toffee notes and big caramel. Slight bitterness to it

The taste is a let down. Watery and a nasty mix of bitter and sour. It’s not great at all. Probably after a couple would grow on you. Got a bit of spice. That I like.

Think this possibly would make a backup. It’s got a lovely after burp to it! 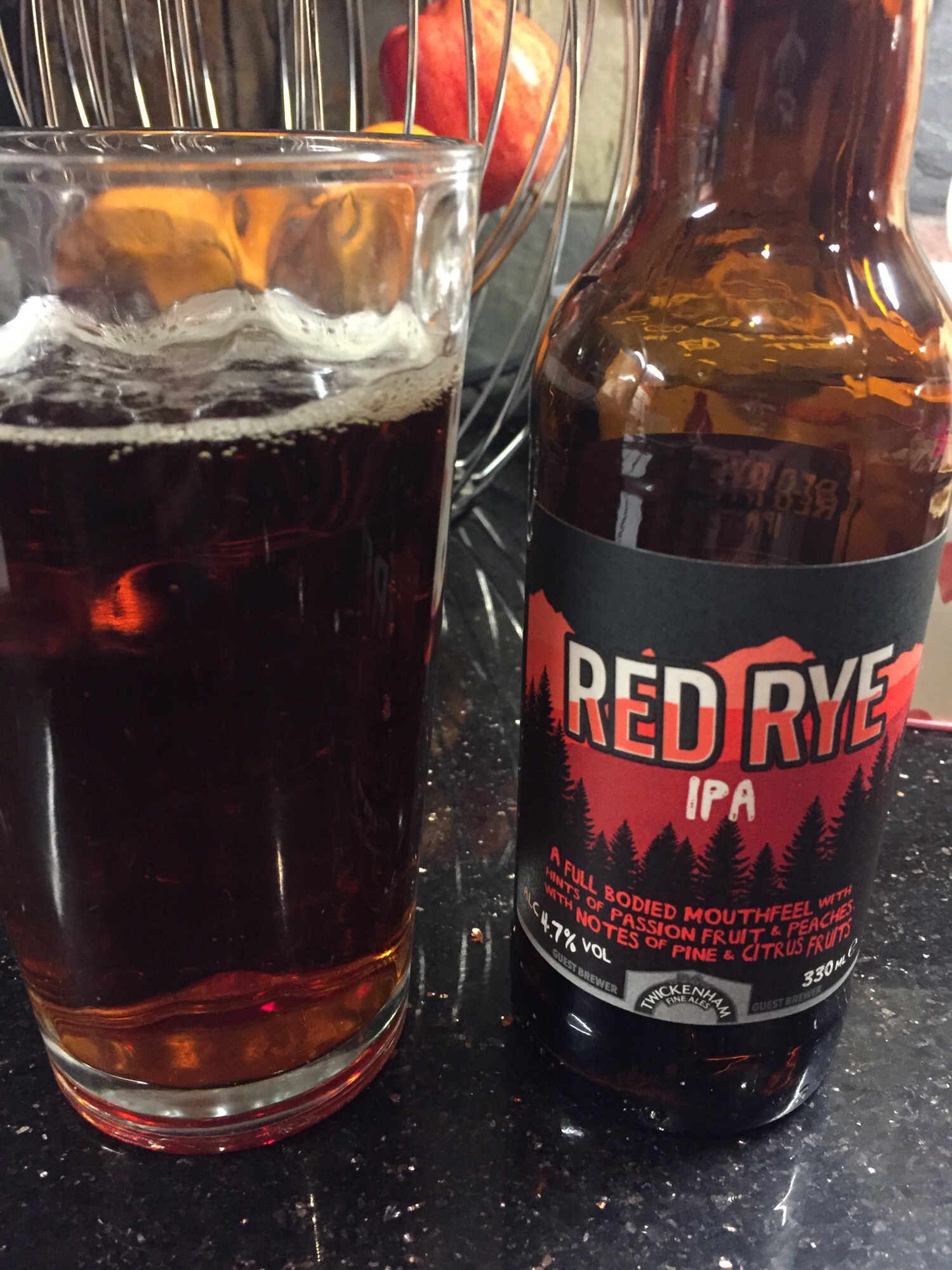 I’m liking this brewery. Some top drawer beers coming out.

This one is very lively and foamy.

I get floral spices and woodiness.

Quite a bitter nasty to begin but soon filters down to a lovely wheaty and sweet.

I would almost say this was one of my autumn fire beers. But it’s an IPA. How odd.

I liked it. Grew on me. Would buy again. 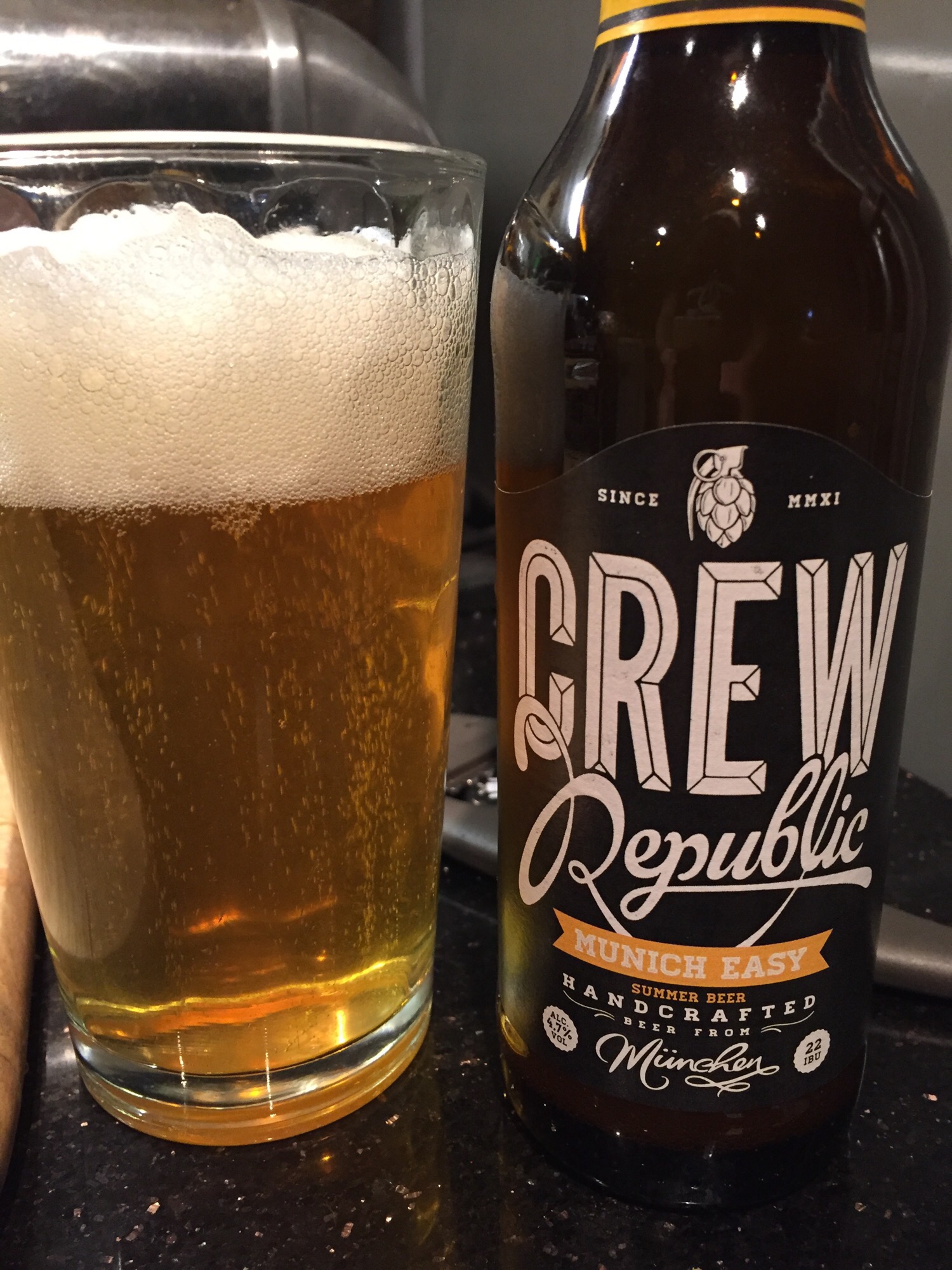 More lager than normal but not had before so give it a go. 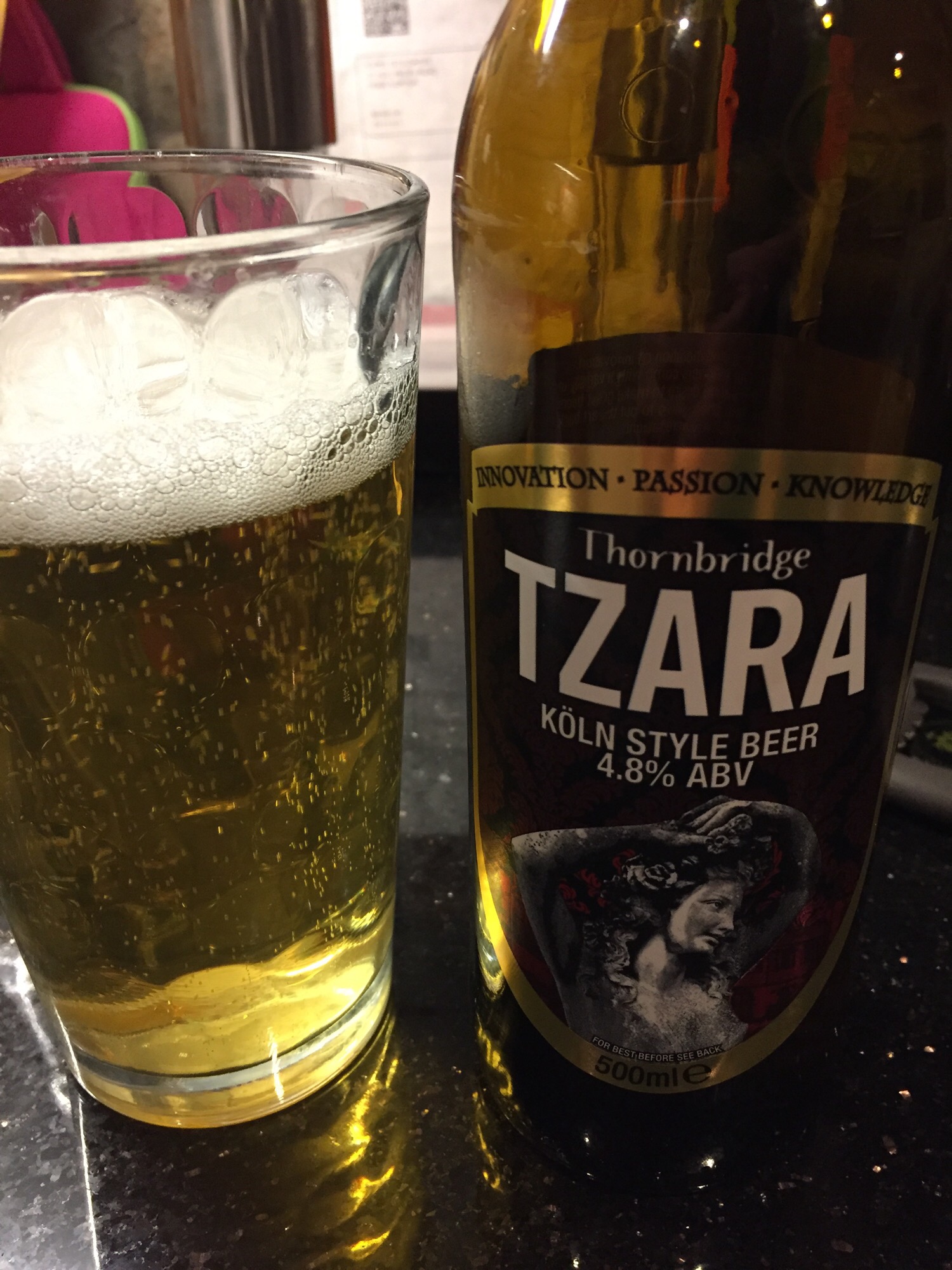 I get a clean almost soapiness to the head. Smells bitter with faint hops.

Tastes rather like a nice old cheese to begin. Almost like an old sock. But that soon disappears to a rounded flat scale average pale ale. Nothing huge nothing bad. Just average. 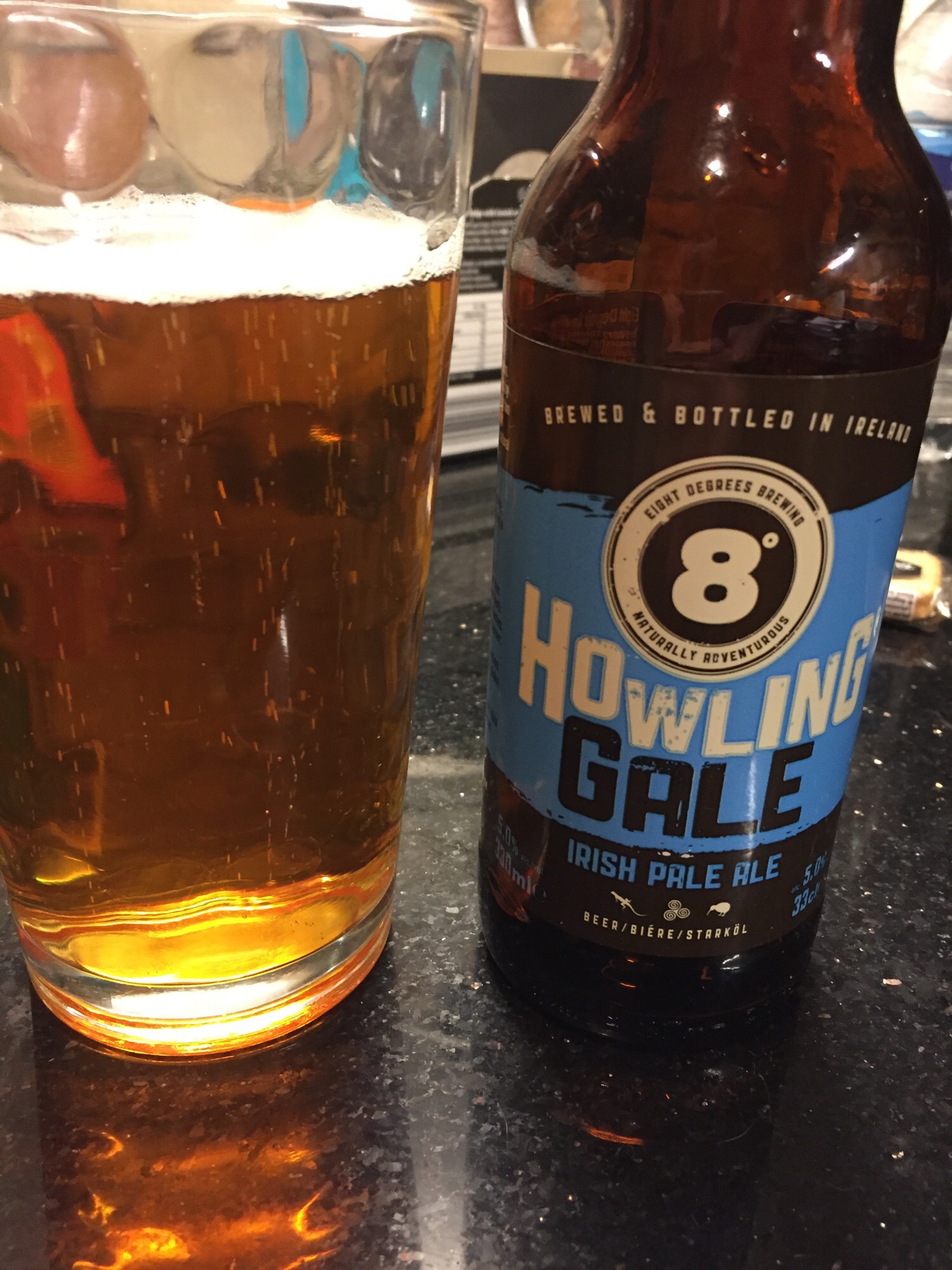 Nice big bottle from Aldi. Looked like a German wheat beer which is what me drew me in. But it’s a French abbey beer.

I get a simple wheaty fragrant hop overtone. No fruits. Perhaps some biscuitness. Smells super sour.

Have to say, it’s a strong kick of continental beer. Much like the Belgium triple beers. There is the nice touch of honey at the end. I don’t tend to like honey’d beer but this is an exception.

It’s nice. It’s quite strong, 6% and I’m liking these beers with a kick to them.

Fairly decent price at Aldi at £2.39 a bottle. I may well be heading back tomorrow to get some more. 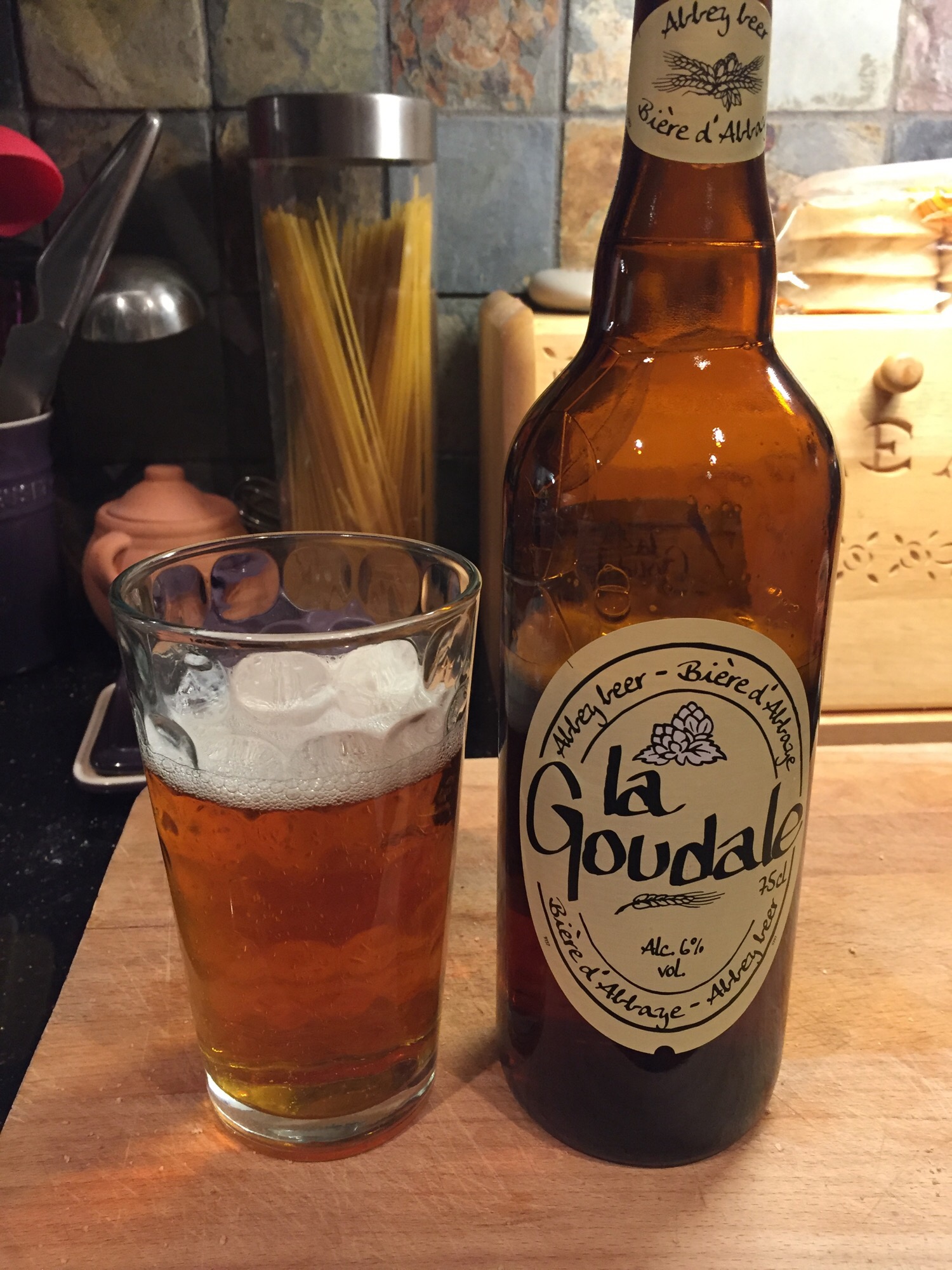